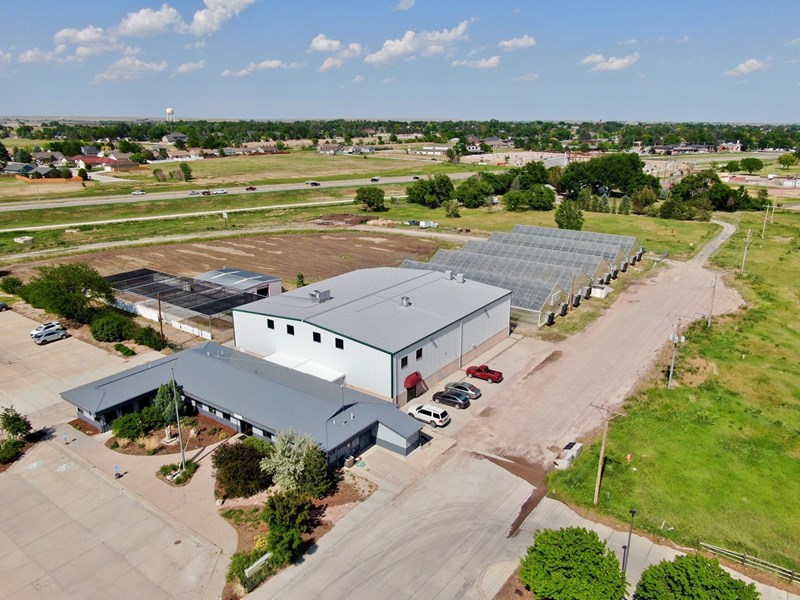 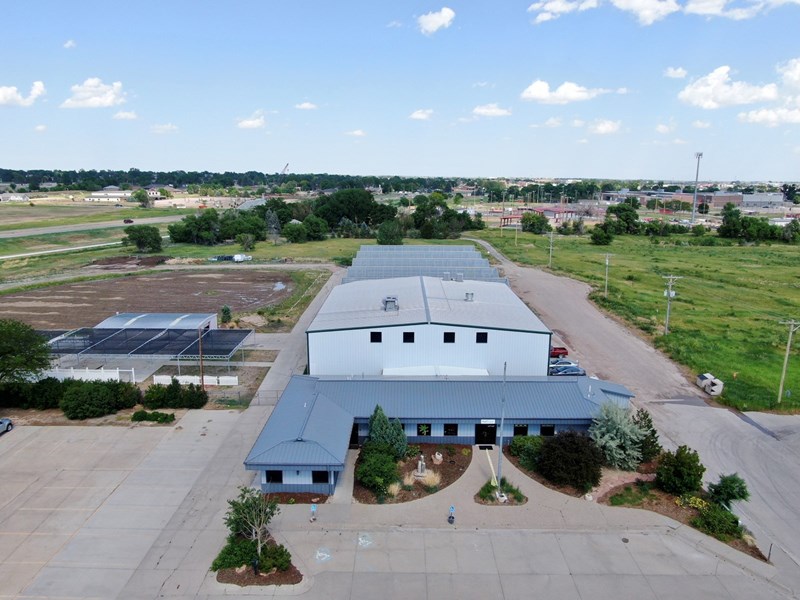 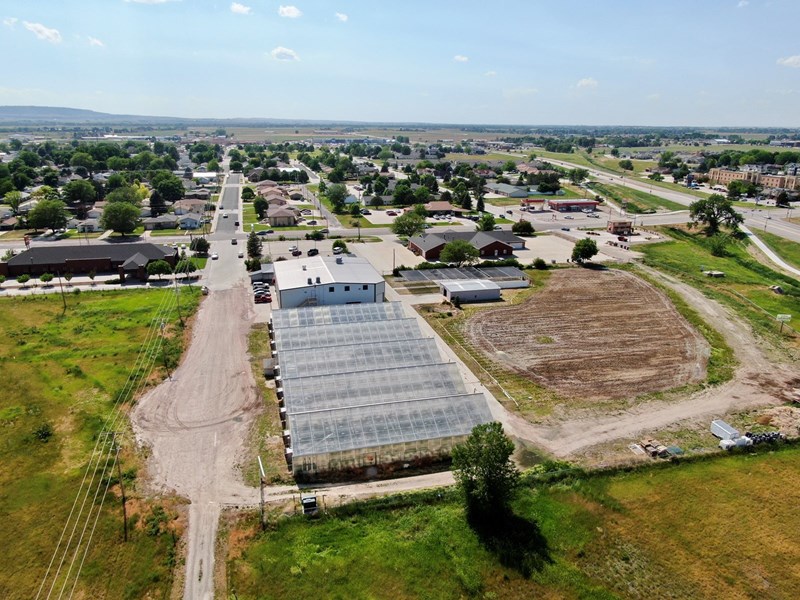 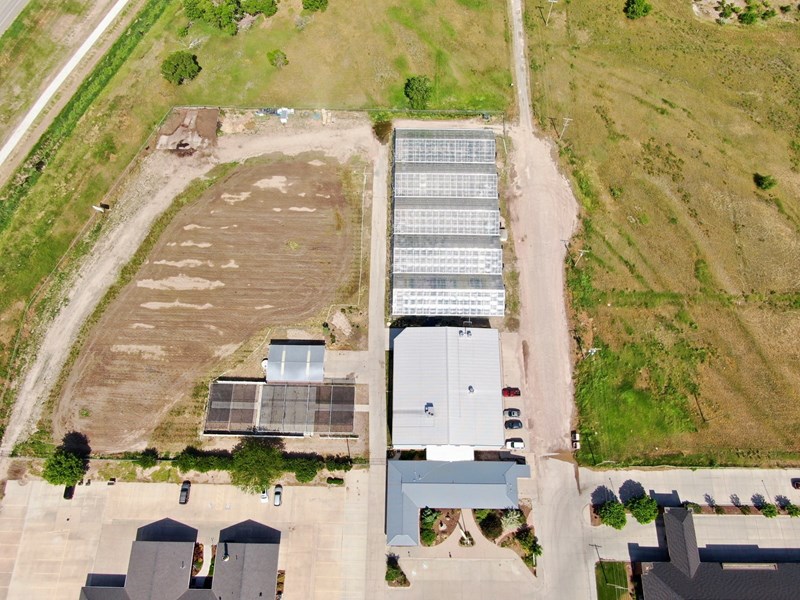 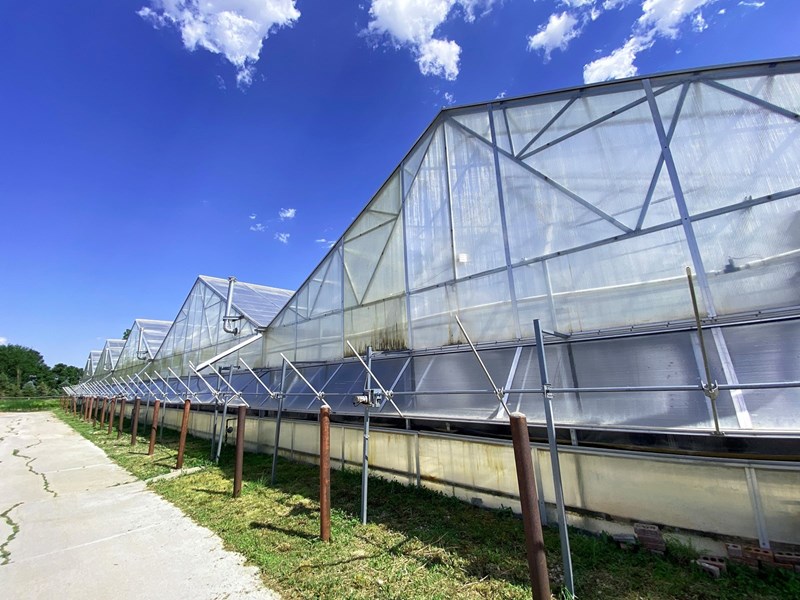 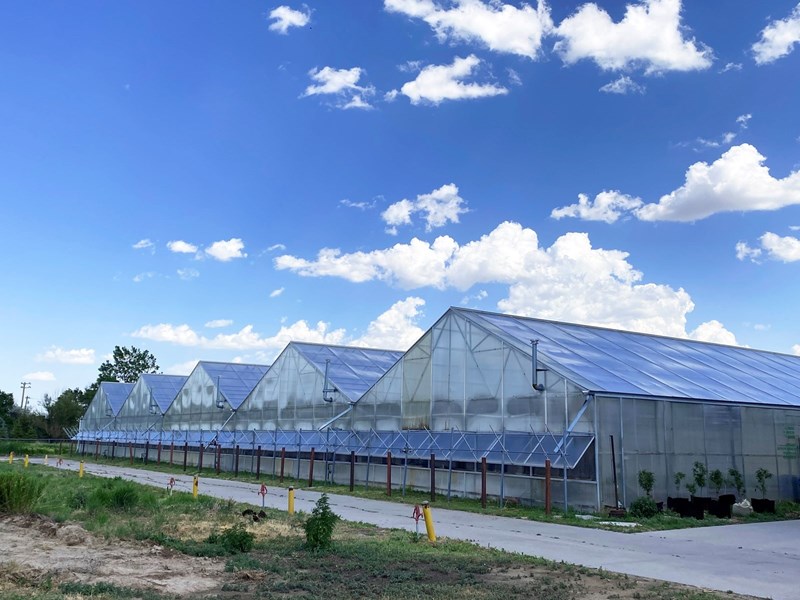 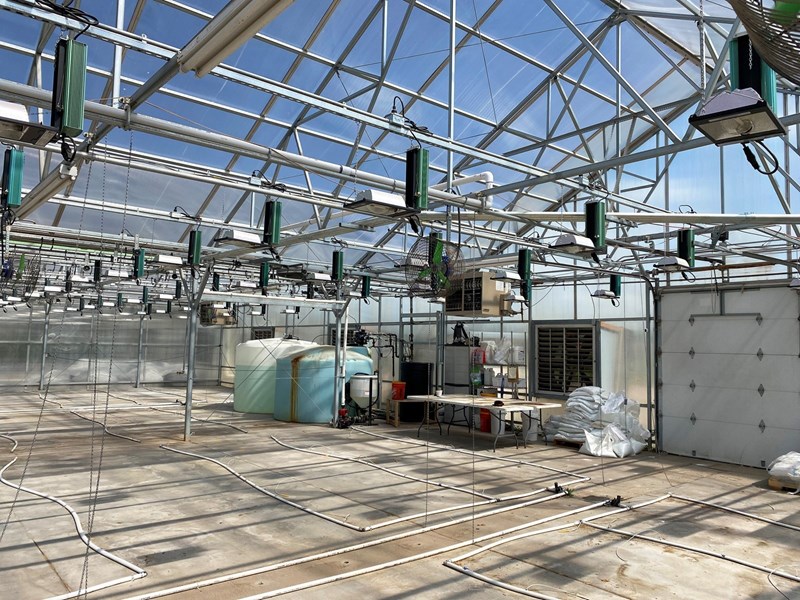 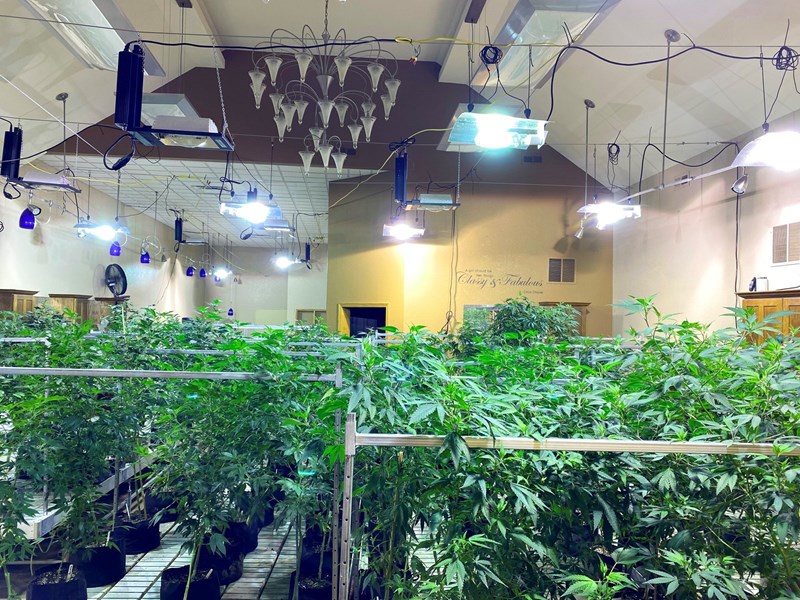 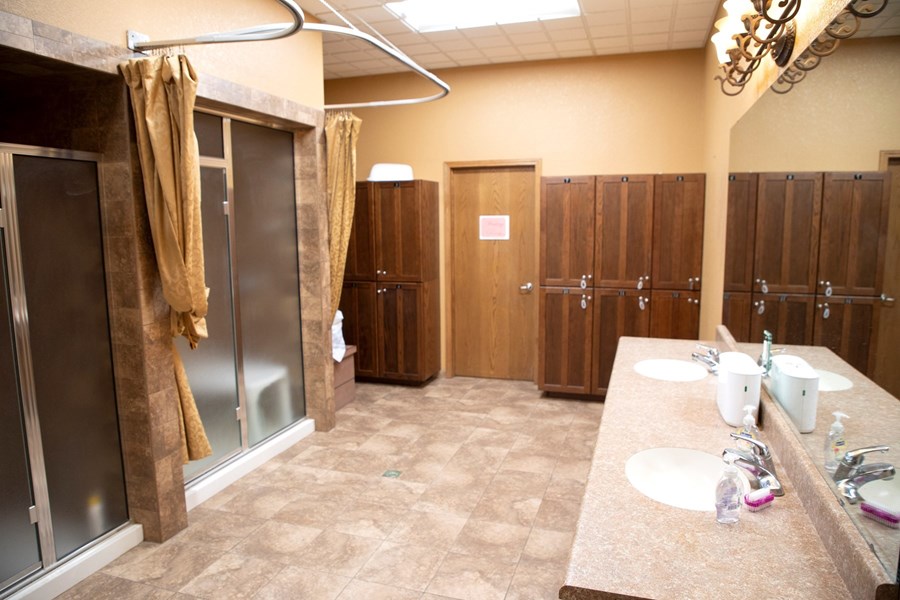 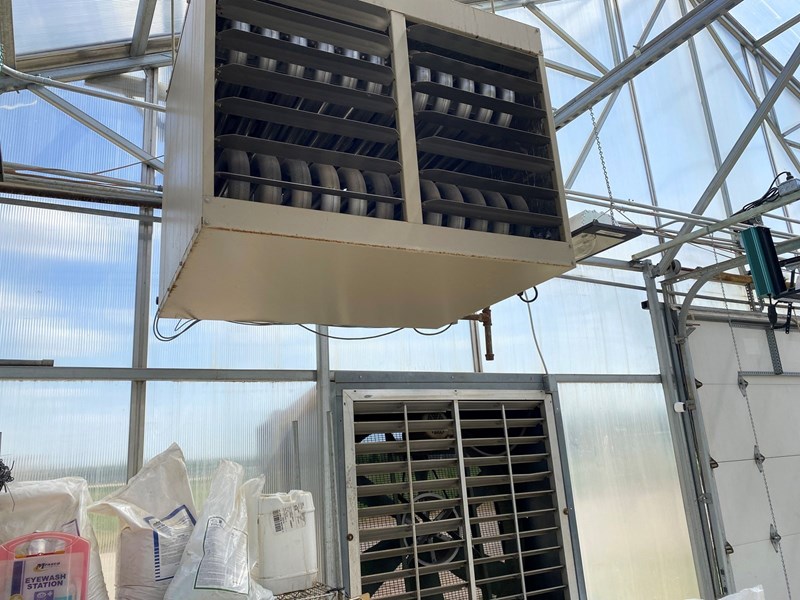 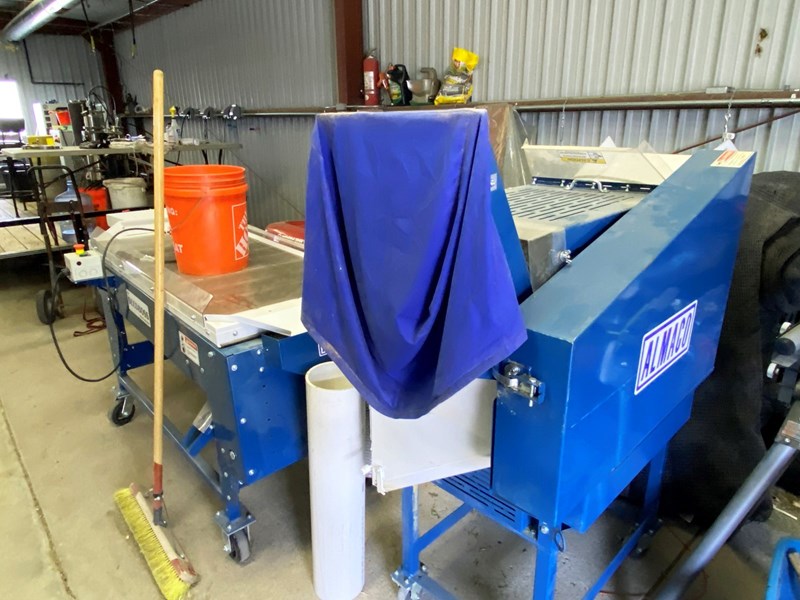 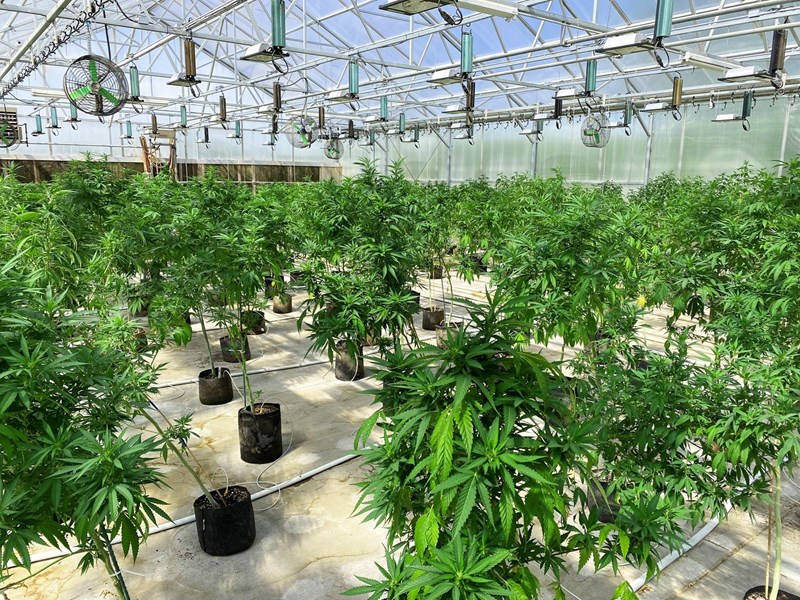 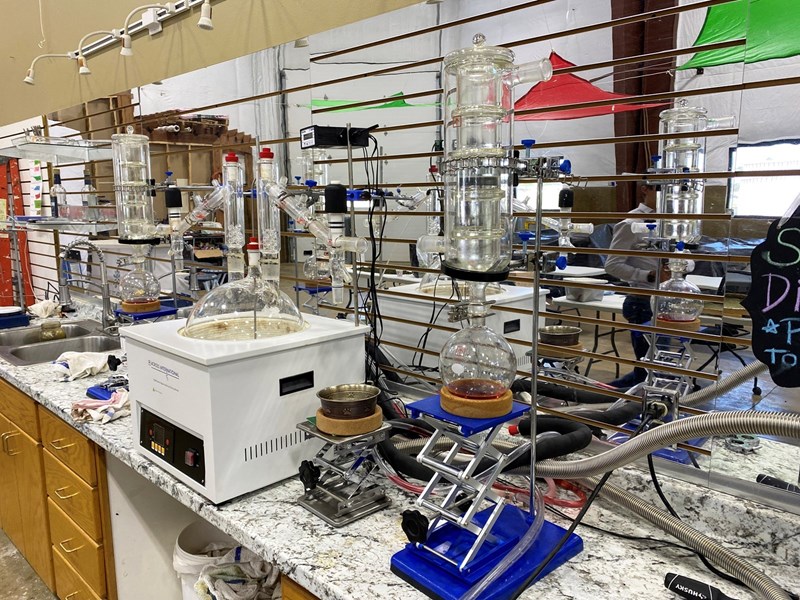 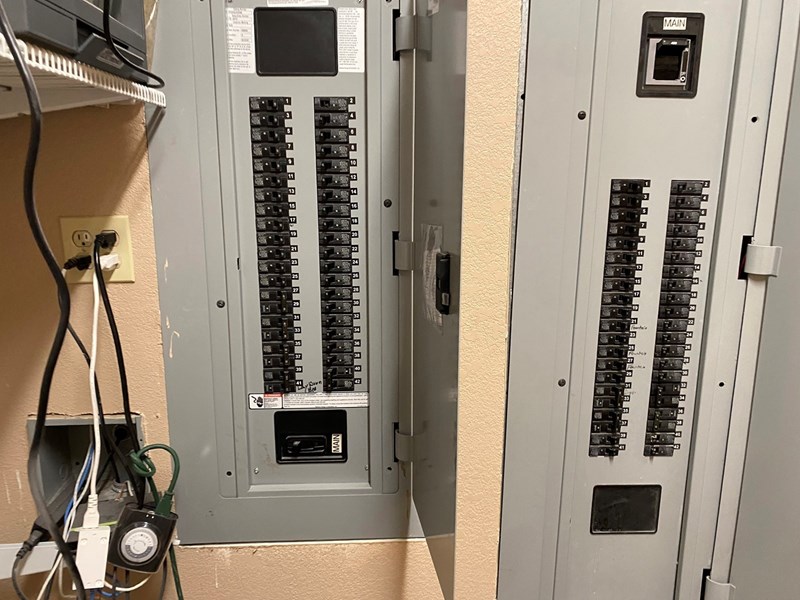 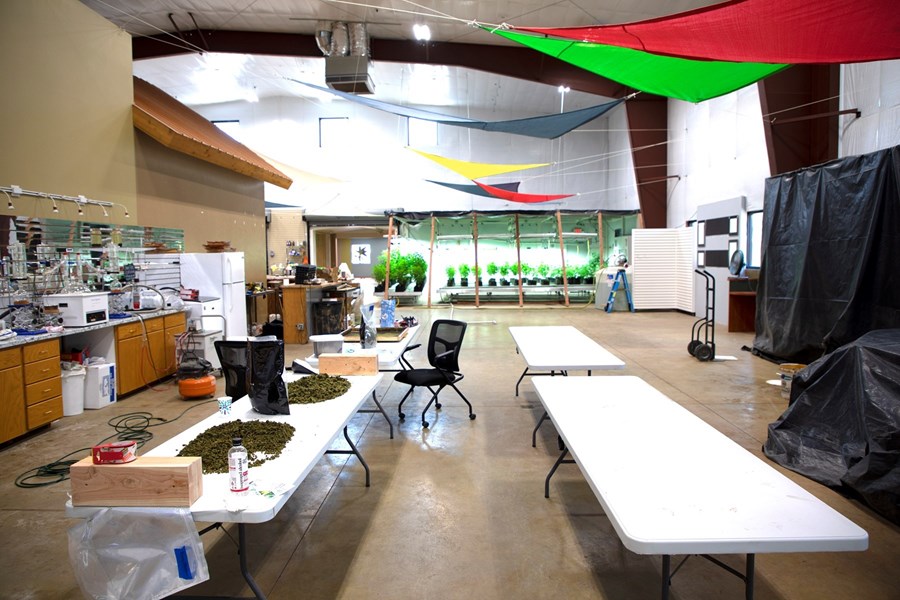 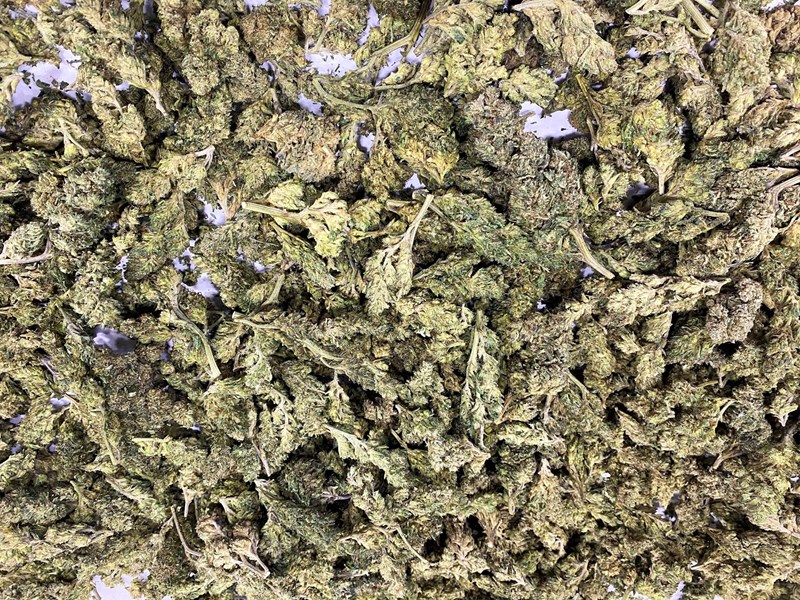 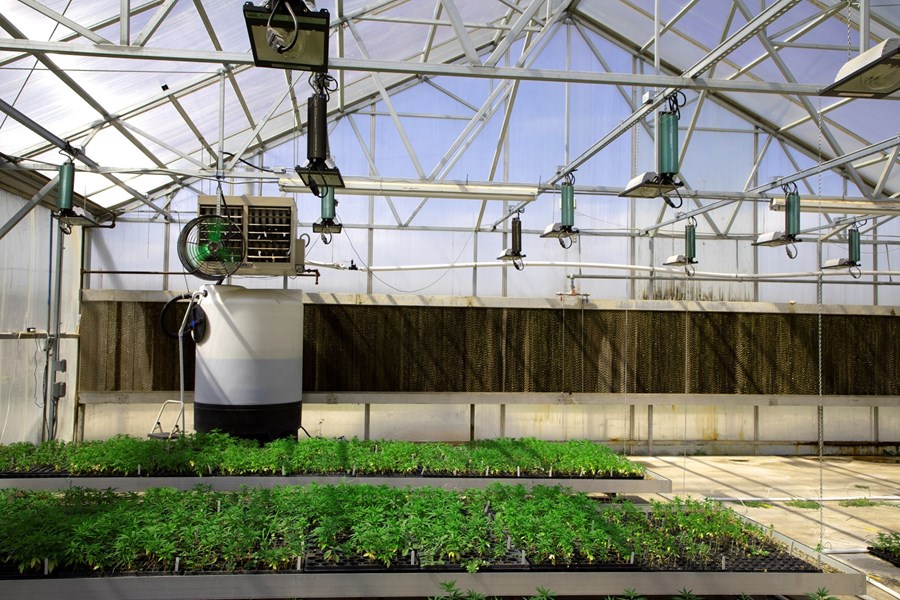 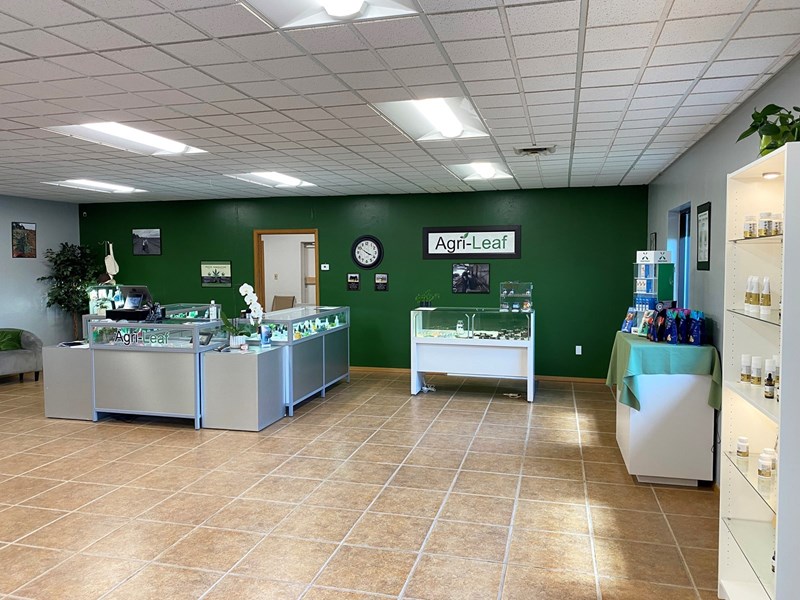 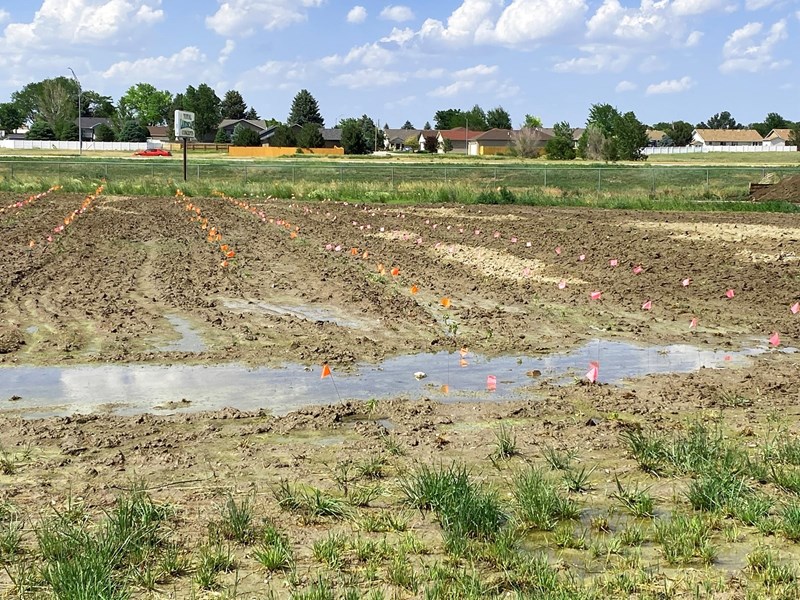 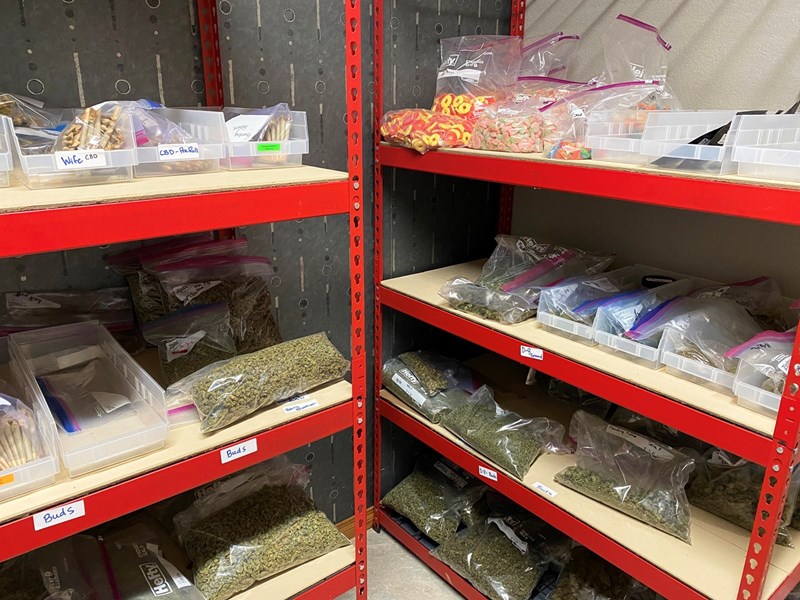 The Western Farms greenhouse facility in downtown Scottsbluff, Nebraska is offered for sale. Scottsbluff is the hub of the Nebraska panhandle, a region known for its productive farm ground, good water rights, excellent growing conditions, and relaxed business environment. A town of 15,000 people, Scottsbluff has large rail connections, the South Platte River running through it, and excellent highway access.

The real estate assets on the Western Farms site are considerable. Completely fenced with a 6-foot chain-link fence, the property is a total of 4.3 acres. The western side on Avenue B is fronted by a 4,232-square-foot commercial storefront with sales floor, reception area, 2 guest bathrooms, break room, employee ½-bath, and large office. Behind the reception and sales area is a 10,000-square-foot high-quality metal building that is used as a propagation area for seedlings. Left over from its former use as a day spa and garden center are his-and-her locker rooms, massage rooms, and offices that have been re-purposed as grow rooms. To the east of the commercial building are the five separate greenhouses, each 42x100 for a total of 21,000 square feet. Each greenhouse is served by natural gas heat, electric fans, 480-amp power panel, water panel coolers, and 2 high-producing wells. The roofs are high-tensile double-layered Plexiglass.

Western Farms is licensed by the State of Nebraska Department of Agriculture to grow hemp and produce CBD and other cannabis derivatives and the growers have worked with the Nebraska Department of Agriculture and University of Nebraska to research strains of CBD hemp. They offer CBD products, including tinctures, gummies, and salves, from CBD isolate produced from the Avenue B location in Scottsbluff. There is also a 2-acre field of outdoor hemp that is currently growing on the site just to the north of the greenhouses.

The current Governor of Nebraska has stated a steadfast opposition to legalizing marijuana use in Nebraska, despite a 60-70% public approval rating. The state legislature sought to make medical marijuana legal, but the legislation was narrowly defeated. Consequently, there is a citizens’ movement to approve both recreational and medical use via referendum, which is very likely to pass. It is highly likely that currently licensed hemp growers will be given preference to gain marijuana grow licenses in Nebraska, making this operation one of the most attractive 420 investments in Nebraska.

Donald specializes in ranches, farms, recreational properties, and country homes & estates.  He is currently licensed in Nebraska but will soon be licensed in South Dakota working out of AgTeam Land Brokers new (opening soon) Uniterd Country franchise in Spearfish SD.