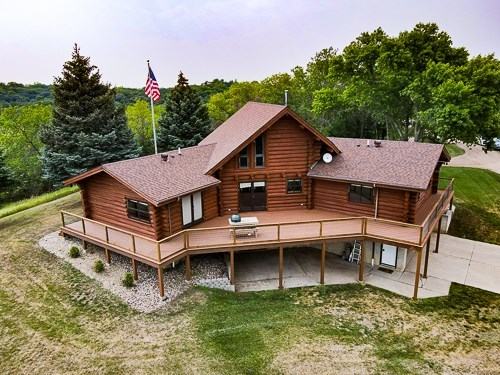 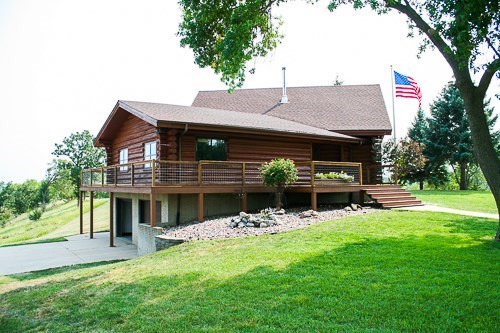 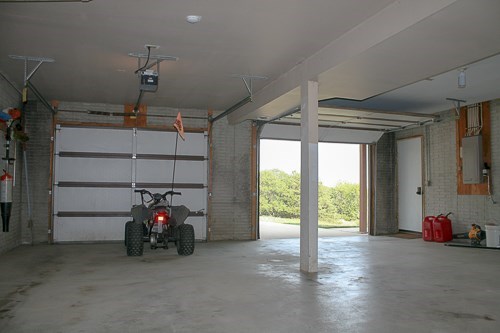 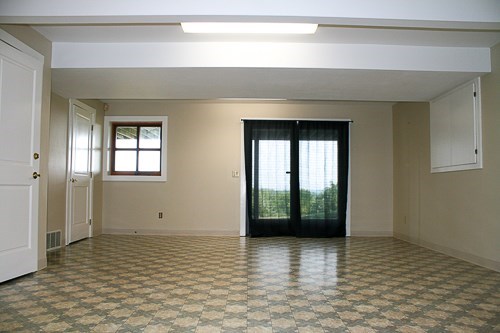 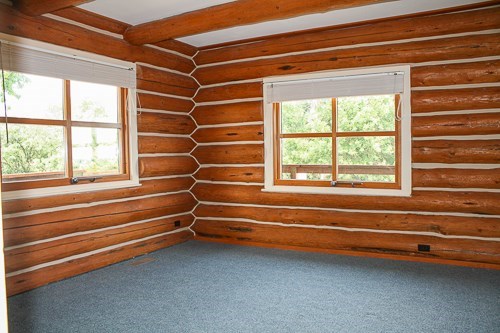 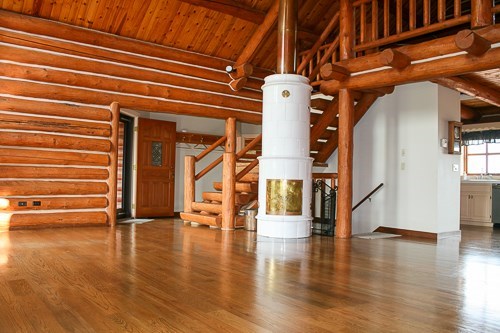 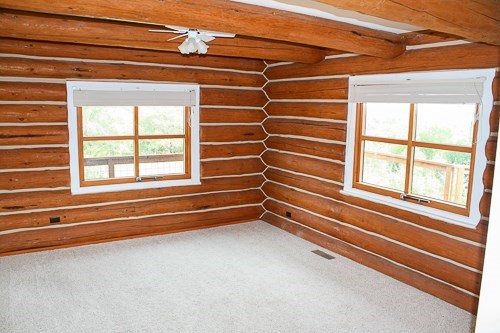 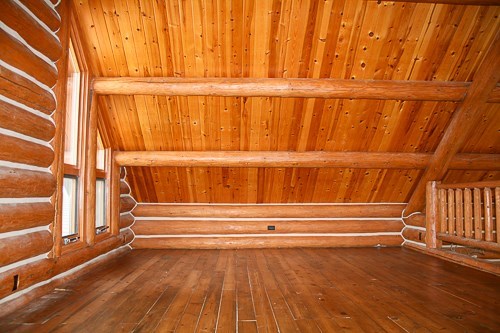 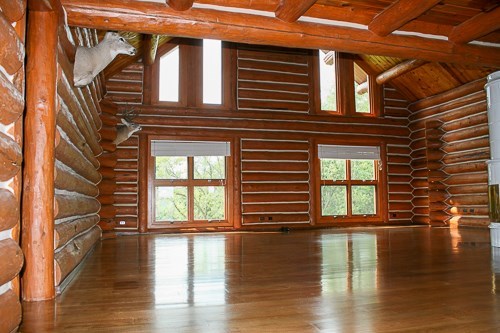 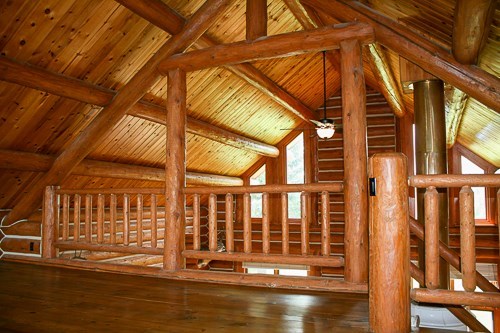 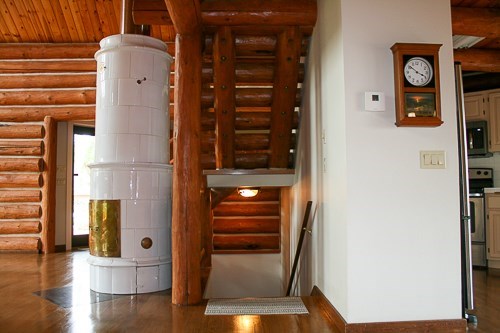 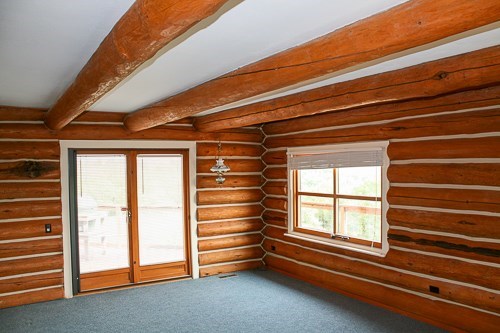 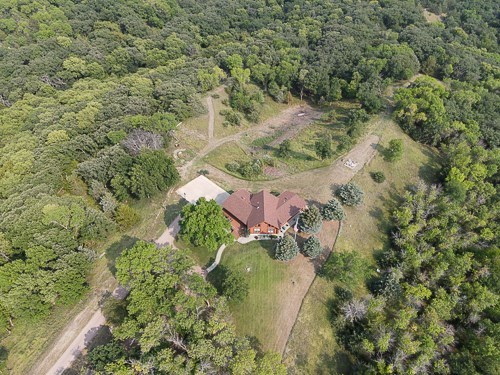 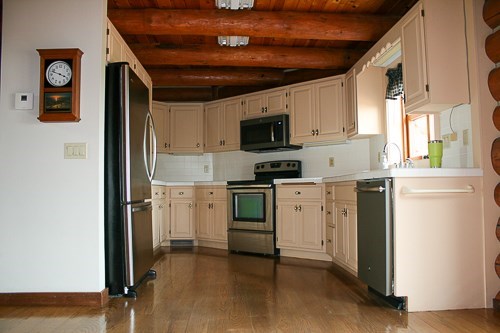 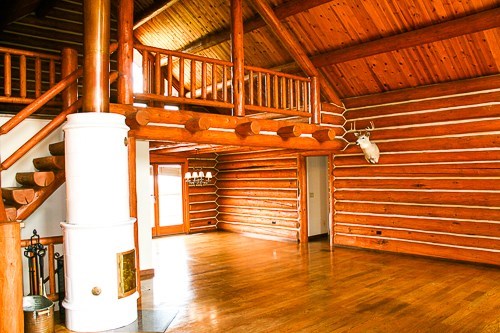 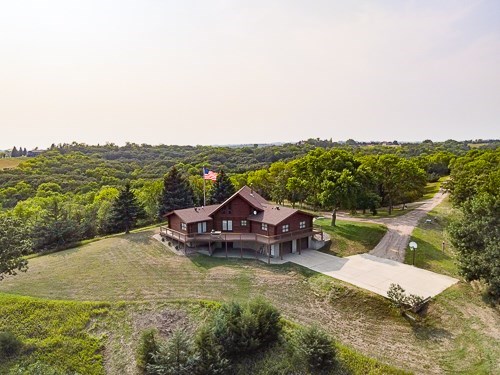 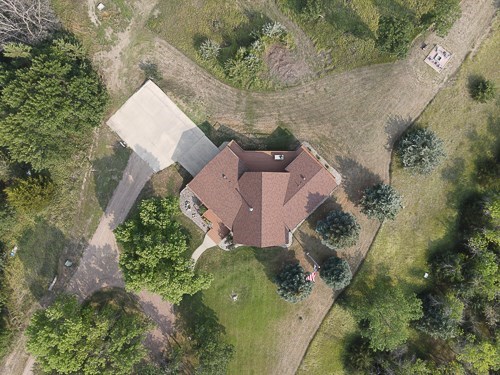 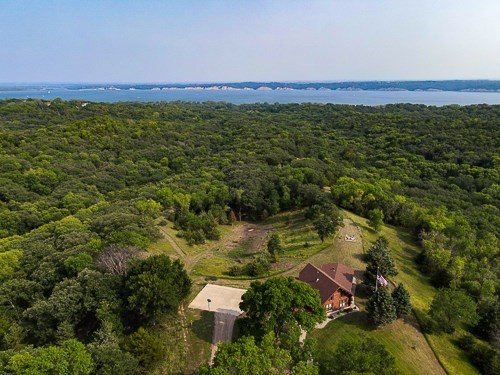 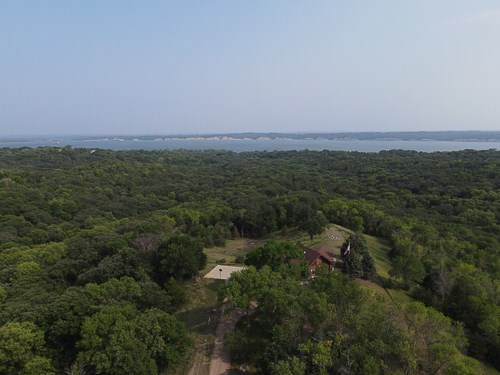 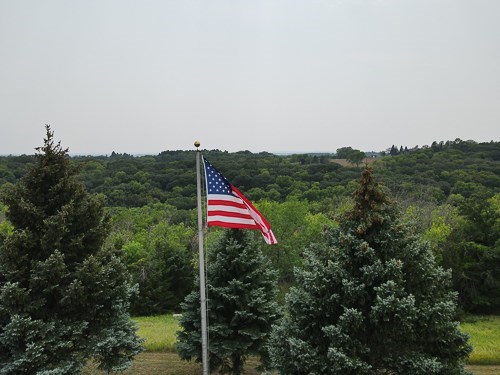 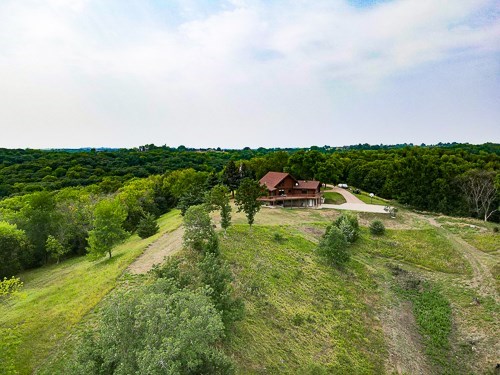 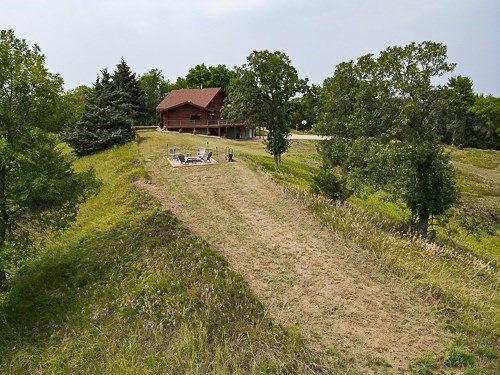 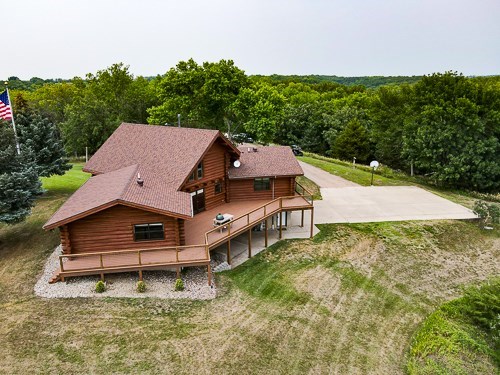 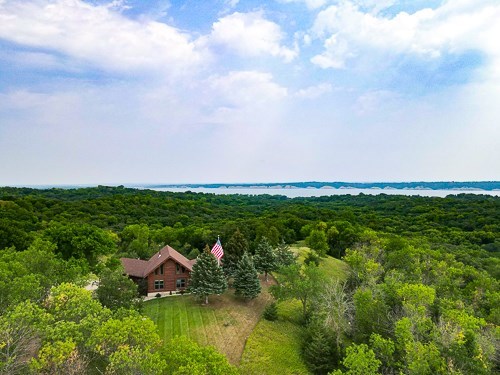 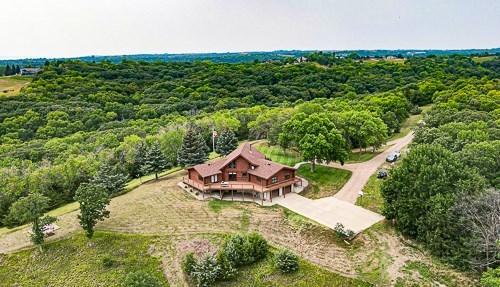 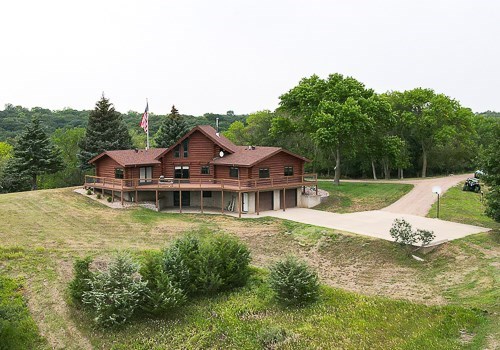 This 38.5 acre property is showcased by a beautiful custom built log home. The 2,837 sq. ft. home features tremendous craftmanship throughout with hand peeled lodgepole pine logs derived from the American Rocky Moutains. The home consists of three bedrooms and two 3/4 baths, all of which are situated on the main floor. The master bedroom contains sliding doors leading out to the large lake facing deck, the remaining two bedrooms are located on the east wing of the home. As you enter the home you are greeted by a large living room with 20 ft. foot ceilings which then transition into the kitchen and dining area.The home features a walk-out basement with connects a large recreation room and attached garage.

The property offers tremendous recreational opportunity. A large number of Merriam Turkeys populate the property in addition to a number or Whitetail deer, ideal for the archery enthusiast. The owners have also cleared over three miles of trail which are perfectly suited for ATV/UTV or trail running. Lewis and Clark Recreation Area, the conflunce of the Missouri and Niobrara Rivers, a 31,400 acre reservoir, is only minutes away and has tremendous fishing is a popular destination for water sports.

Yankton is a very popular summer destination.  The property's size and close proximity to the Lewis and Clark Recreation area means trememdous oppprtunity as a summer or vacation rental. Additionally a second build site has already been identified and cleared for future development, the property had the potential to be developed to create further value.

Donald specializes in ranches, farms, recreational properties, and country homes & estates.  He is currently licensed in Nebraska but will soon be licensed in South Dakota working out of AgTeam Land Brokers new (opening soon) Uniterd Country franchise in Spearfish SD.